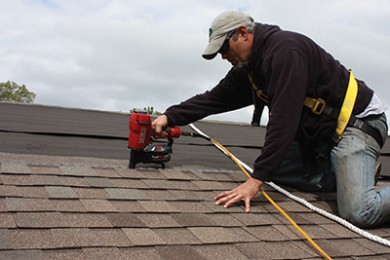 Ever start a home-improvement project and then wish that you hadn’t? According to a recent study at ImproveNet.com, 63 percent of people who have attempted home DIY projects said they regretted at least one of them.

The survey of 2,000 Americans exposed some ugly truths about DIY endeavors. One in three people have called a professional to redo their failed DIY mess. Fifty-five percent of people say the main reason they were disappointed with a DIY project is it doesn’t look good. When DIY runs over budget, on average, people spend nearly twice what they projected.

According to the survey, the most frequently regretted DIY project in America is installing floor tiles. My guess is that it looks easy to a novice to spread a bed of mortar and then press a tile into place. The truth is that it can be difficult to ensure each tile lays flat and flush with the surrounding tiles, and pattern layout for an entire room can be tricky to plan.

From my own experience, I’ve learned to take many precautions to avoid future regrets on projects, and I generally do this in the planning stage. My advice is to research an unfamiliar project exhaustively and consider investing in a how-to book on the subject. Mentally run through all phases of the job. Gather all the tools you’ll need ahead of time; order extra material to account for errors and waste cuts; and whatever amount of time you estimate it might take to complete the project—double that figure to account for all the hidden or unexpected obstacles you’ll inevitably encounter.

Don’t forget the project logistics such as material storage and transportation around the jobsite. For example: If your project involves heavy pallets of flooring that can only be moved by forklift, how will you manage the load? If you’re excavating a patio site in the backyard, what do you plan to do with the dirt? Troubleshoot the project in advance to avoid regrets on the job.

My last suggestion is to know your personal limitations. In my case, I’ve never been a fan of heights, and as I’ve gotten older, I like them even less. This was never more clear to me than when I chose to re-shingle my roof a couple of years ago. Things started out okay—the eaves were no problem, because if I were to fall off the ladder, I’d bang down onto the rear deck of my house only a few feet below. But as I climbed higher, my mind began playing tricks on me. By the time I got to the ridge-line, I felt like I was ten miles above the ground. My heart was racing, my muscles were locking up, and I was gripping the roof in sheer terror, convinced the force of gravity hated me personally and wanted to pull me down to my doom.

At the time, that was one DIY project I definitely regretted. 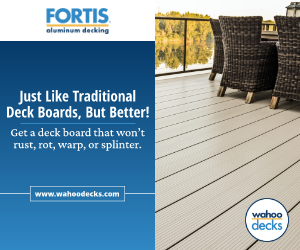