You are here: Home / Extreme How-To / Trends in Tools

I was talking with my good friend Doug Mahoney yesterday. Doug is editor of ToolSnob, and writes the tool columns for Popular Science and Popular Mechanics, but his real job is as a builder in Boston. One of the subjects we talked about was upcoming trends in tools and products.  We have seen the new cordless recharging technology where tools, cellphones, and laptops will charge without being attached to cords just by being placed next to charging mats or on tables with mats built into them.  This is very cool stuff, but what about other innovations?

I would like a jig that frames right angles for dimensional lumber. I am tired of dealing with deck corners of 85 degrees instead of 90 and ceiling corners that are off just enough to make my crown molding show gaps. Make it out of plastic if you want, but make it a true right angle. I have also been the victim of trying to hold a square and fasten at the same time and losing square at the moment of impact.  If you don’t start out square then every cut cut following will have to be mitered to some degree.  At the same time, create a jig for attaching a  joist square.  This would be a great time saver for workers who often work alone.

I like the Antex Soldering tool for copper pipe. No flames, so it is somewhat safer than the traditional torch. I would like to see a pouch I could slide the hot tool inside to prevent burns when working in tight spaces.  Mini torches are very cool. I have used them extensively in the outdoors on backpacking expeditions of several weeks, where the ability to light fires and stoves in very windy conditions is often times the difference between life and death.

Tapes are an area where more development needs to be done.  I want a tape that I can use on exhaust stacks without fear of the adhesive burning away. I want duct tape to perform. Too many companies are selling products as duct tape that don’t work and are giving one of our favorite repair items a bad rap.  I also want a heat shrink tape that I can seal electrical fittings without having to cut the wires and slide a tube over the joint.

Plumbing products. I want a PEX style pipe that can be used in the outdoors and won’t break down.  Pex style pipe that doesn’t require connections at each turn are a homeowners answer to solid worry free plumbing repairs. But a $150 for PEX connection crimpers will prevent most DIYs from using the product to its full potential. They will opt for the Shark and Gator Bite connectors, which seem to work fine, but it’s too early to tell how long those connections will last without problems. Manifold Distribution systems with individual service valves would make plumbers and homeowners much happier when repairs need to be made. Simply shut the valve to the specific device at the manifold and you can use the other water outlets without service interruption.

Measuring Devices Wants–  I want a laser measure that will take my measurements directly to my software, period-end! The fact that we are still waiting on this at the consumer level baffles me. I have even tried to set up meetings between the major players in these fields and everyone says they want it, but no one does anything. Guys it’s simple, Bluetooth the measurement device and let the software do the rest.

Cordless tool pet peeves– I am tired of toting innumerable chargers for my cordless tools. Let’s work  towards standardizing these. LED lights built into tools that don’t light the work area,omit them if you can’t aim them.  Lasers on saws, ditto, if they serve no function, omit them or make them functional.  Using non LED lights in tools is bad. LED lights last and are durable, feel free to use them.

HVLP paint systems are good.  No one has ever accused me of being a tree hugger, but HVLP is a better solution. The green people love the low over spray and not releasing paint into the atmosphere.  For me, I like my paint staying on the wall where God intended it to be. I also hate cleaning up and hate wasting paint. Does this qualify me as green? Nope, just pragmatic on my part. I was asked not to attend tree hugging functions because of my stance on using pneumatic nailers as a means of pest control.

What are your ideas on home improvement products and tools. We want to hear from you. 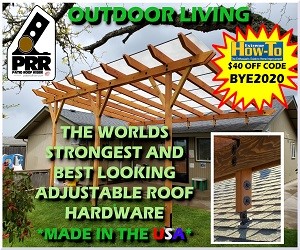